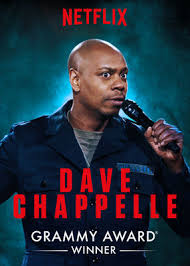 Chappelle rises from the shadows of obscurity and proves his mastery. He brings a relaxed rhythm and control usually only seen in someone who has been practicing their craft regularly. The word is, during his long hiatus from the spotlight, and just prior to resurfacing, he was regularly practicing his craft at a very grassroots level, and it shows. His timing and sharp wit can’t be denied and he still has the aura of a living legend performing in peak form. You just get the feeling that this guy can do this in his sleep and can decide at any time to dust off the microphone and come in and school the rest of his contemporaries. His bit about Kevin Hart, though both a subtle jab and a gesture of respect and friendship, sums it up best.